Paris - as the capital city of France - has been an essential city for more than 2,000 years. It is called by some famous nicknames like "city of love" or "city of life". Paris is now one of the world's leading centers for fashion, entertainment, art, and culture. Also known as the Capital of Fashion, Paris is a place where you can find some of the world's finest designers such as Yves Saint-Laurent, Lancôme, L’Oréal, and Christian Dior. The city's shopping range can be seen from shopping centers to open-air markets, boutiques, and markets. Go to Paris, tons of tourist attractions are here for you to visit. If you are having a plan to travel to Paris right after the end of the Covid-19 pandemic, we've listed here the top 5 tourist attractions that you should come to while visiting the "city of love". Let's get started!

The very first tourist attraction that you should visit in Paris is the Eiffel Tower. It also ranks high on the list of tourist attractions to visit in France. The iconic tower was designed by Alexandre-Gustave Eiffel to commemorate the centenary of the French Revolution, and it was presented at the Paris Exhibition of 1889. There are 7 million visitors visiting this wonder that makes it one of the most visited monuments in the world.

To visit the Eiffel Tower, you can use the stairs or climb a total of 1,665 steps if you want to go to the top. The first floor extends over two levels, heights 58 meters above the ground. On the second floor, at 115 meters, you have the best diving view on the ground below. Finally, at 275 meters, you can see the office of Gustave Eiffel on the third floor.

The Eiffel Tower is a must-visit place to enjoy the magnificent view of Paris. 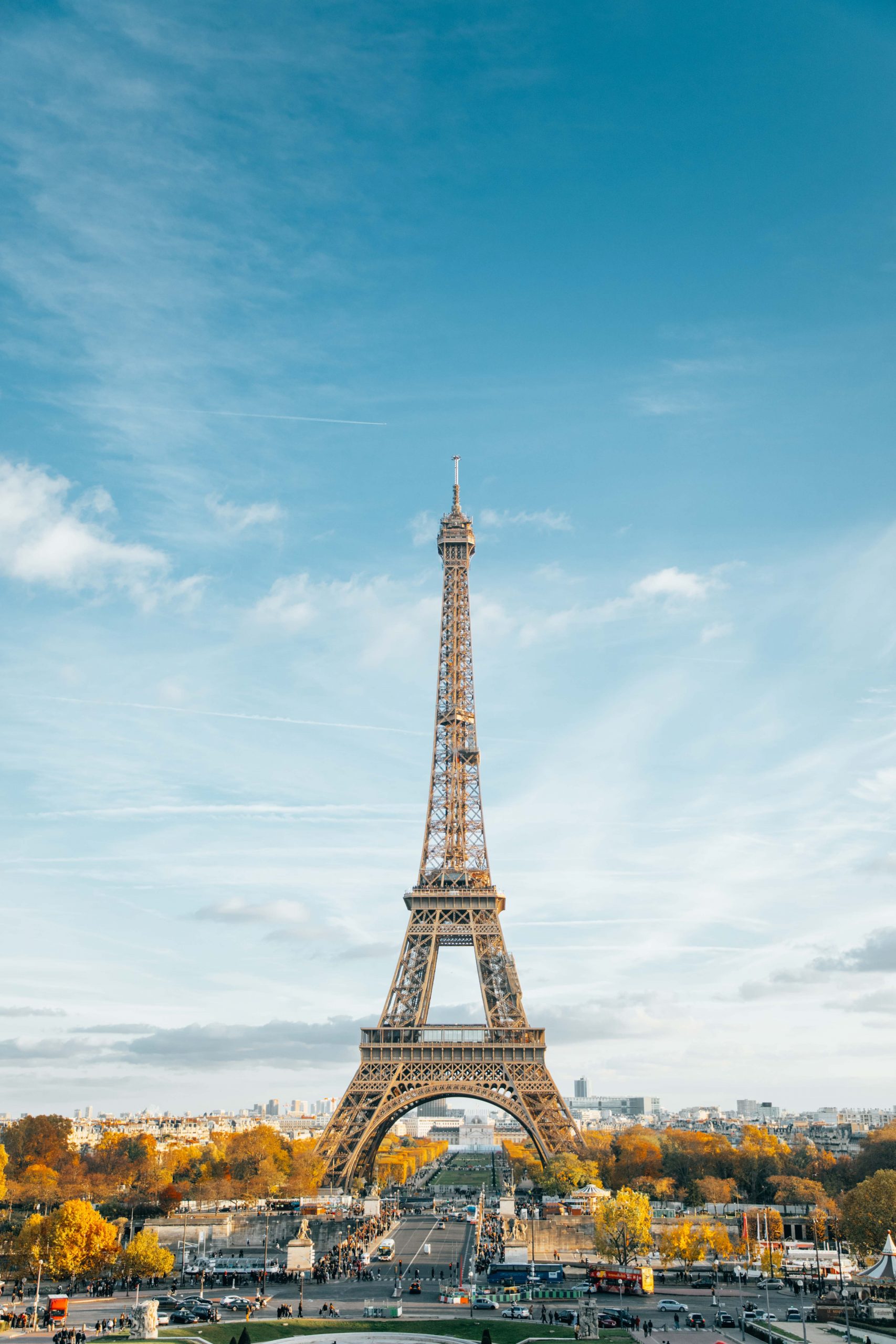 Stand at the top of the world's most-visited museums the Louvre Museum is located in the Louvre Palace originally a fortress built in the late 12th century under Philip II. It is famous for its signature glass pyramid which is magnificent at night. This historic building is a former royal palace, with a large area of 210,000 square meters, 60,600 of it for the exhibitions.

The Lourve houses a collection of more than 1 million objects. It's where you can see some of the world's most famous artworks such as Leonardo da Vinci’s “Mona Lisa,” Michelangelo’s “Dying Slave” and the Greek statue, “Venus of Milo.”

The collection is divided into eight departments: 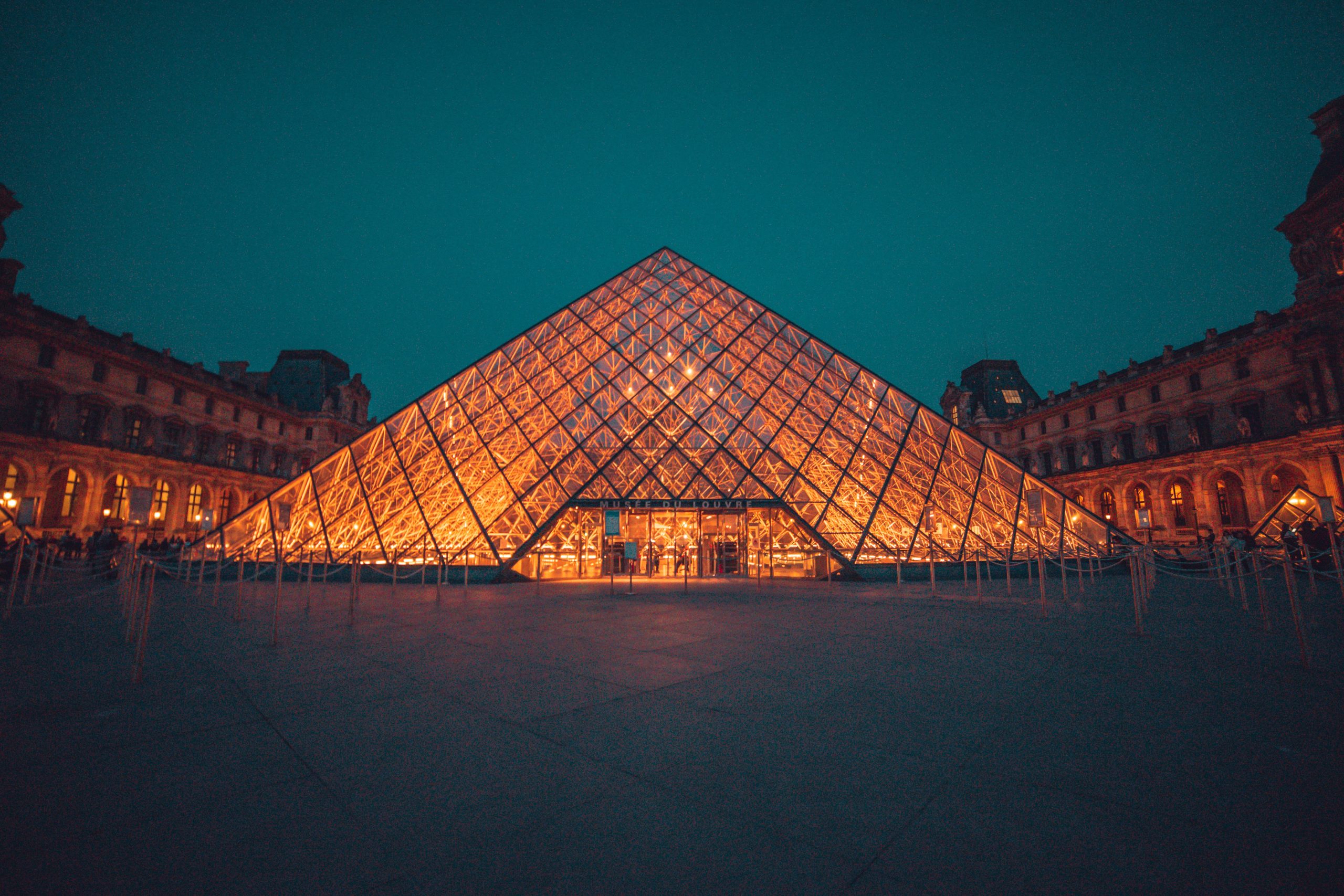 Dave Berry once said Another well-known Paris landmark is the Arc de Triomphe, a moving monument to the many brave women and men who have died trying to visit it. Is this enough to make you want to visit this place?

The Arc de Triomphe was built in 1806 to memorialize the triumphal battles of Napoleon Bonaparte. It is the largest monument of its type all over the world.

The arc stands 164 feet high and 148 feet (50 by 45 meters) wide. Under the spell of ancient Roman architecture, Napoleon commissioned Jean Chalgrin the design of a triumphal arch dedicated to the glory of imperial armies. Impressive sculptures adorn its pillars. Moreover, they engraved the names of 558 generals, and the great victories on the top of the arc. Under the Arc de Triomphe, you can see the Tomb of the Unknown Soldier of France. 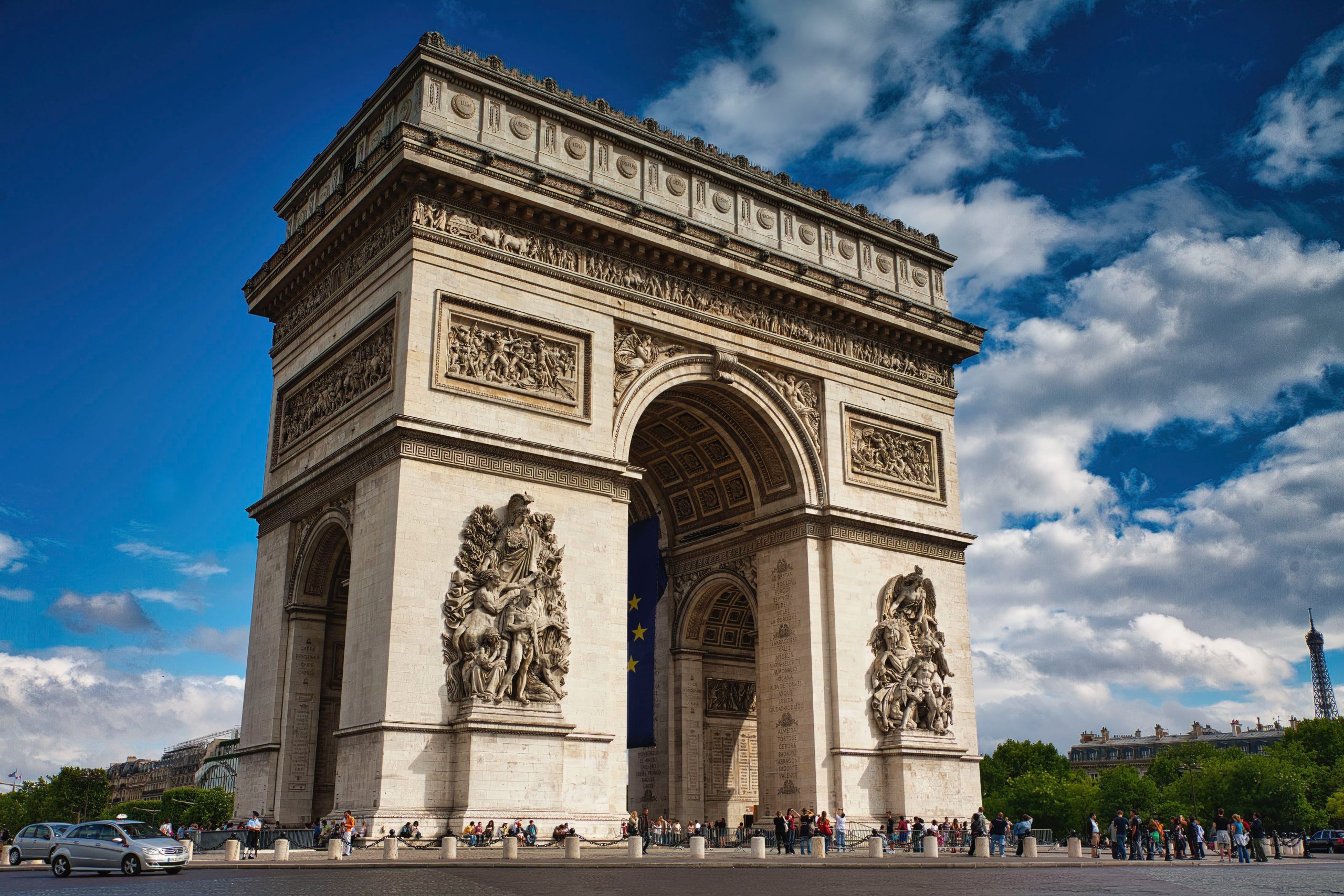 Cruise on the Seine

The River Seine runs nearly 800 kilometers (about 500 miles) through France. Cruising the river through Paris is one of the most romantic activities that visitors should enjoy while traveling to Paris.

On this journey, you can pass tons of beautiful bridges in Paris, going by this city's iconic sights such as the Lourve, and the Eiffel Tower. It takes you about an hour to complete this amazing journey on the water.

This is also a great opportunity to experience the "City of Light" at night. You can also have a unique dinner cruise on the Seine aboard a boat. 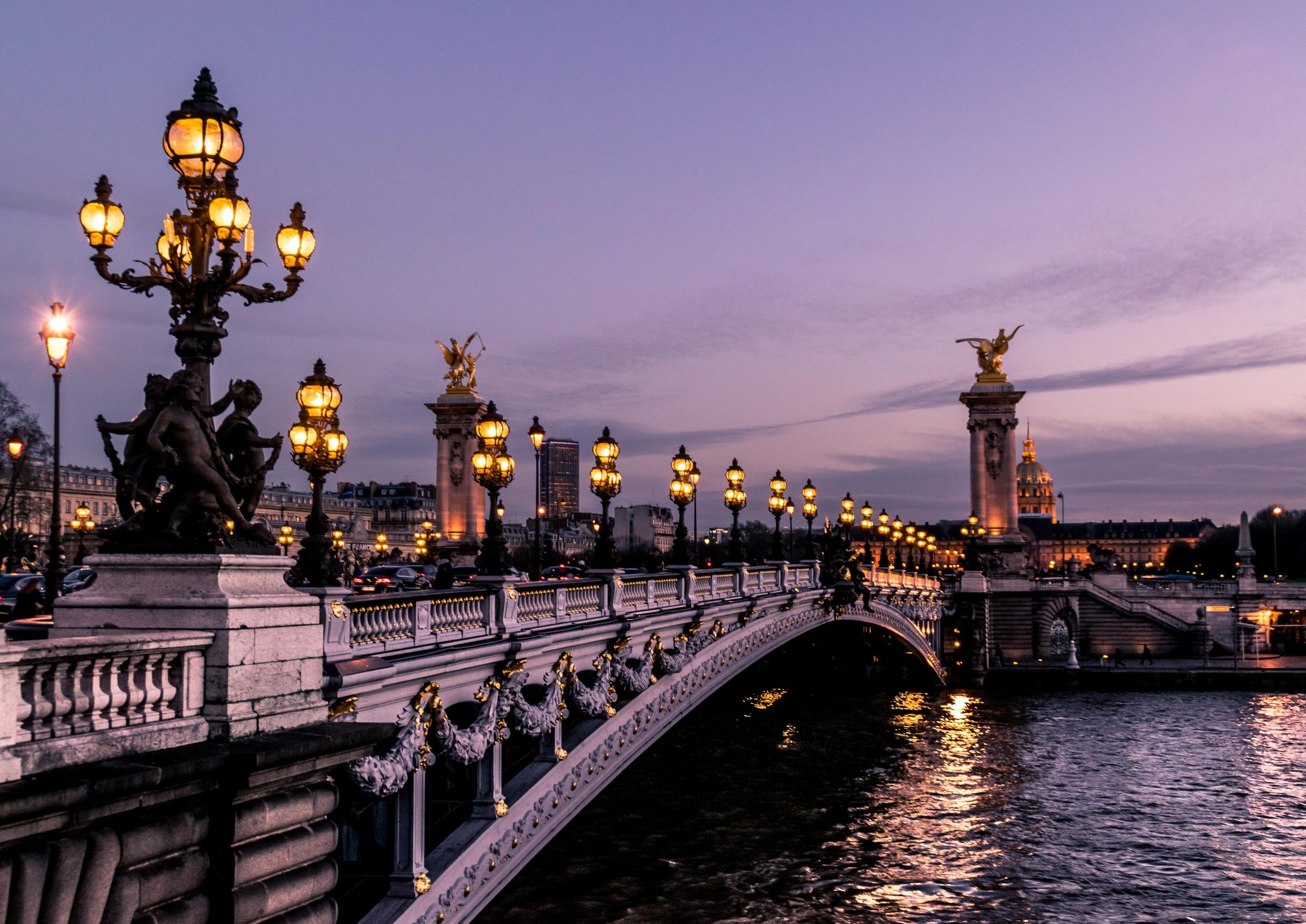 When Europeans can’t get to Los Angeles to enjoy the original Disneyland, they choose to visit Disneyland Paris.

It’s a huge resort with hotels, shopping centers, and golf among its varied activities. In 1992, it became the second Disney park that was open outside of the United States. It’s far from central Paris about 30 km (20 miles).

Disneyland Paris has two theme parks: Disneyland (with Sleeping Beauty's castle) and Walt Disney Studios - open in 2002. The top attractions that you should visit are Space Mountain, It's a Small World, and Big Thunder Mountain. Book tickets to Disneyland Paris here. 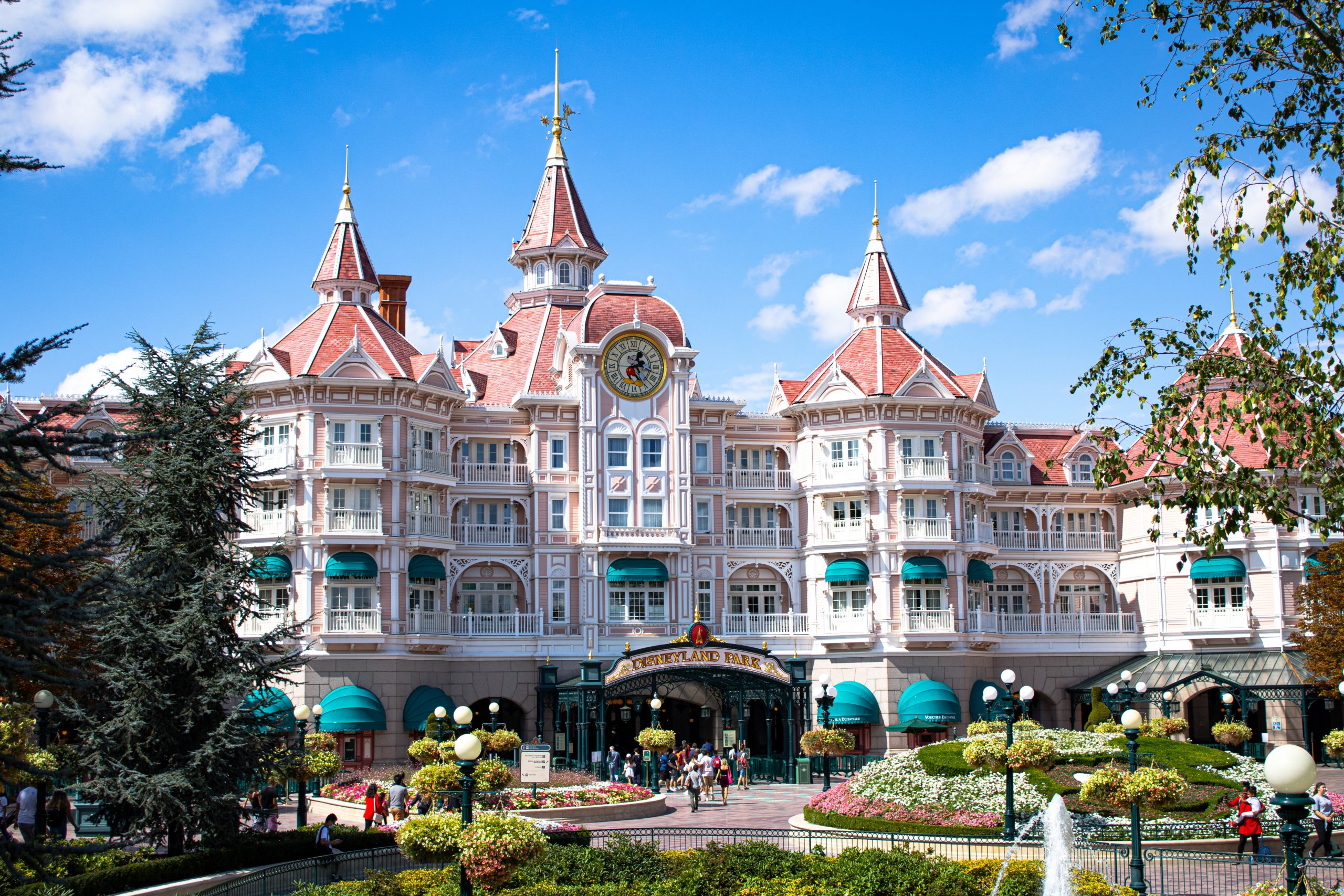 WHAT ARE YOU LOOKING FOR?

VIEW WISHLIST
Your wishlist is empty.

This is an approximate conversion table to help you find your size. If you're still considering between 2 sizes, choose the upper one.

Do you want to add products to your personal account?

YES
NO
Someone purched a

11 minutes ago from Moscow, Russian
Someone purched a

We should be in [City] - Basic T-shirt

12 minutes ago from London, Great Britain
Someone purched a

We should be in [city] - Basic Long Sleeve

13 minutes ago from Amsterdam, Netherlands
Someone purched a

14 minutes ago from Berlin, Germany
Someone purched a

We should be in [City] - Custom Active Hoodie

15 minutes ago from Rome, Italy
Someone purched a

Just pretend that we're in [city] - Fleece Blanket | Made in USA

16 minutes ago from New York, USA
Someone purched a

17 minutes ago from Moscow, Russian
Someone purched a

18 minutes ago from London, Great Britain
Someone purched a

19 minutes ago from Amsterdam, Netherlands
Someone purched a

20 minutes ago from Berlin, Germany
Someone purched a

We should be in Paris - Active Crewneck Sweatshirt

21 minutes ago from Rome, Italy
Someone purched a

22 minutes ago from New York, USA
Someone purched a

23 minutes ago from Moscow, Russian
Someone purched a

You are my Person - Custom Mug | Made in USA/UK

24 minutes ago from London, Great Britain
Someone purched a

25 minutes ago from Amsterdam, Netherlands
Someone purched a

26 minutes ago from Berlin, Germany
Someone purched a

27 minutes ago from Rome, Italy
Someone purched a

Paris - Matte Canvas | Made in USA

28 minutes ago from New York, USA
Someone purched a

Can't wait to use my Passport - Active T-shirt

29 minutes ago from Moscow, Russian
Someone purched a

2 minutes ago from London, Great Britain